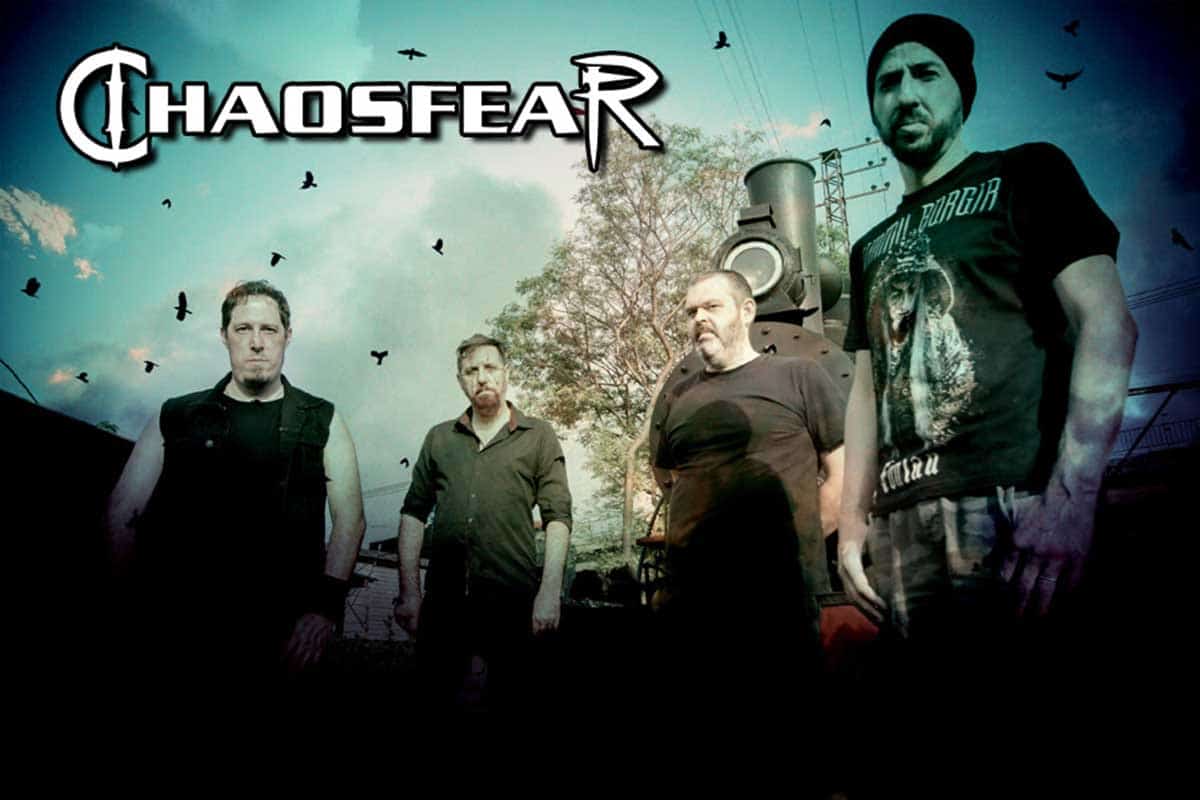 All Souls’ Day, as it is a work full of emotions, addressing themes strongly rooted in grief, pain and anguish that everyone has gone through in the last year, mainly the brothers Fernando (vocals / guitar) and Eduardo Boccomino (guitar) who lost the closest and dearest ones.

The band’s new sound goes beyond the use of any kind of marks, as symphonic parts, acoustic guitars, keyboards and cellos were incorporated, making it even more modern, denser and melancholic in a way never heard before in its 20-year career.

For Fernando Boccomino, Eduardo Boccomino, Marco Nunes (bass/producer) and Fabio Moyses (drums), staying in a comfort zone is totally out of the question!

Recorded at Tori Studios, in Sao Paulo, Brazil, “Aeternum” was produced, mixed and mastered by the band’s bassist and producer, Marco Nunes, co-produced by the four musicians and with cover art by Jean Santiago (Santart).

“Never has a Chaosfear release portrayed a determined period of time so well, with losses and mourning, but also one of perseverance and hope. Musically, we took the arrangements to a new level, adding parts with piano, guitar, cello, which had already appeared more modestly on our previous album. Baker did it on Queen’s “A Night At The Opera” and Terry Brown on “Parallels” by “Fates Warning“, bringing many layers and things happening, so the listener can discover details with each new audition in a kind of sound journey” (Marco Nunes)