The Brazilians Claustrophobia released the single “Riff Cult”  on all streaming platforms through the Canil Records label .

The video for the song was exclusively released by Decibel Magazine , which considered the song a killer anthem, created by this powerful Brazilian thrash / death trio.

Closing the promotion of the single,  Claustrophobia  launches the reproduction of the song with guitarist and vocalist  Marcus D’Angelo , produced at Swamp Loco Studios , the band’s rehearsal place.

D’Angelo  uses the now classic Jackson RR24 combination, EVH 5150, with EMG Pickups 81 with Giannini and Maccabos strings. With the Jackson guitar, his technically challenging style and his visual elegance,  D’Angelo  closes with a flourish the promotion of  “Riff Cult” , a single that was super significant and represented a lot of people.

I couldn’t stop playing this song that has Riff in the name (laughs). We recorded in our studio in the same type of setting as the video, maintaining the proposal to respect this moment of isolation and also showing how much art helped us. Art spoke louder and we are eager to show the world what we produce during this time of isolation. It was all very inspiring. Marcus D’Angelo.

For  Claustrophobia , the song is a tribute to Riffs, a key component of metal. Vocalist  Marcus D’Angelo emphasizes this aspect by stating that …

We consider a culture, a cult. It is the hook of all Metal, everything is born from the guitar riff. And Riff after Riff (Riff for Riff), we are fueling our passion for Metal, fueling our desire to carry on the legacy. The Riff is what makes us addicted in a good way. In this quarantine the love for Metal became more evident, without shows and without contact with the fans, so we decided to pay tribute and celebrate. 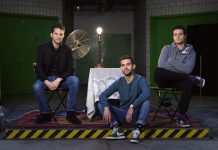 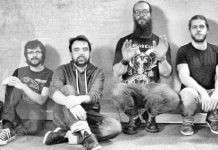 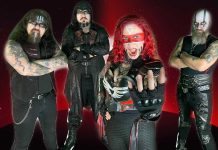 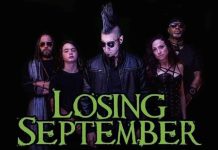 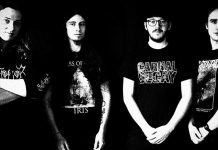 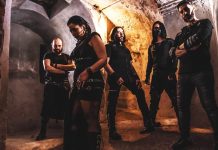