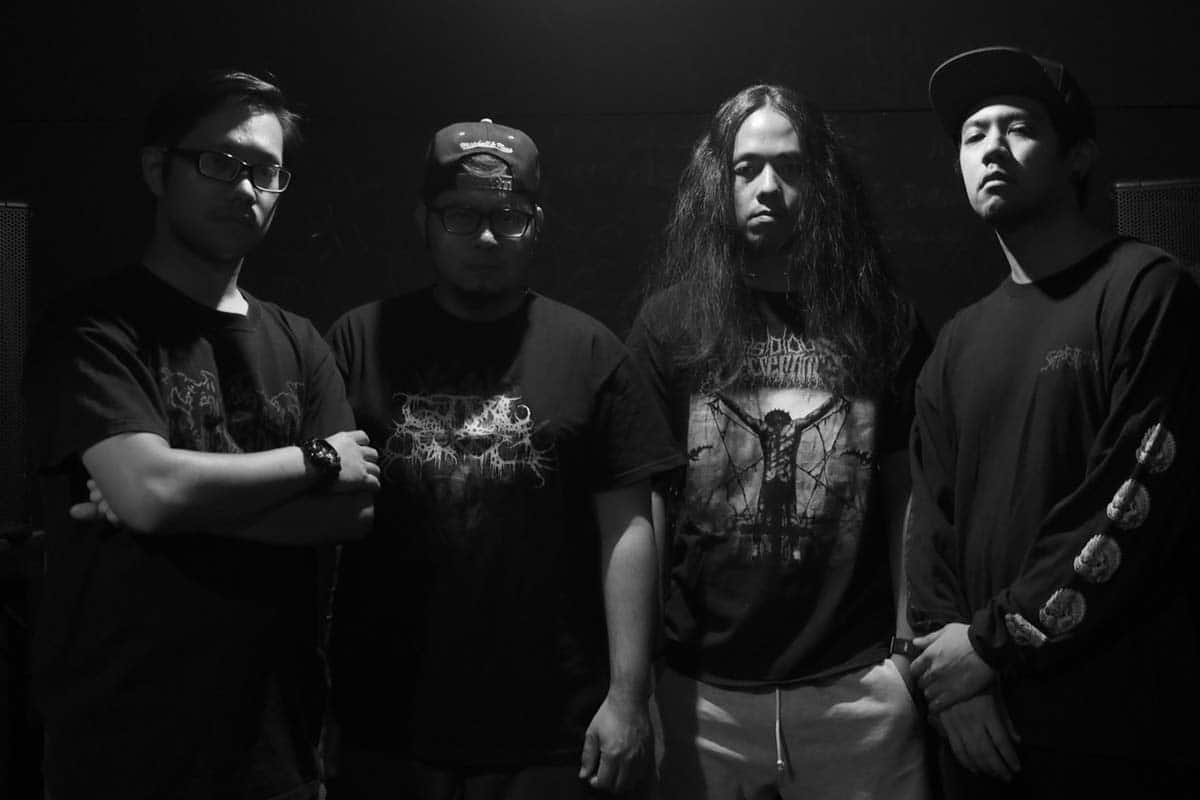 It has been more than two years since we announced to the world that Thailand’s masters of complex brutality, INTRICATED had signed in blood with the ultimate brutal death metal label, Comatose Music.

Those two years have been filled with plague and pestilence, global chaos, but at long last the new full length album from Intricated is ready to be unveiled. Apocalyptic Metamorphosis is ten tracks of precision putridity and bludgeoning, blasting brutality.

The riffs twist themselves inside out, darting from one extreme to the other in a bewildering display of deranged dexterity and skull cracking heaviness. The songs move from a nauseating, slime-ridden crawl to a terrifying skin flaying blast with barely a breath between. ‘Interdimensional Being…’ wrecks the nerves as you wait for the next assault to erupt from the shadows while ‘Iniquitous Creatures’ attacks from the off with a wild abandon, an almost gleeful savagery.

Intricated offer you a million sights and sounds at once and eat you alive while you try to comprehend what’s happening. This is a consummate extremity that draws on all the known possibilities of brutal death metal and carves out some unheard of, like hideous sculptures of blood and flesh. Outstandingly accomplished, Apocalyptic Metamorphosis is a monstrous masterpiece of chaos unleashed.

Five years on from their debut album, The Vortex Of Fatal Depravity, Intricated have pushed themselves to the limit and delivered a follow-up worthy of their new label’s legacy. Adorned in the magnificent artwork of Toshihiro Egawa (Abigail Williams, Defeated Sanity, Krisiun, etc.) and mastered by Alan Douches (Atheist, Cannibal Corpse, Death, etc.).

Apocalyptic Metamorphosis will be remembered as one of the defining death metal releases of this troubled year. From the sin swamped streets of Bangkok to the frenzied furnace of your nightmares – Intricated are coming for you!