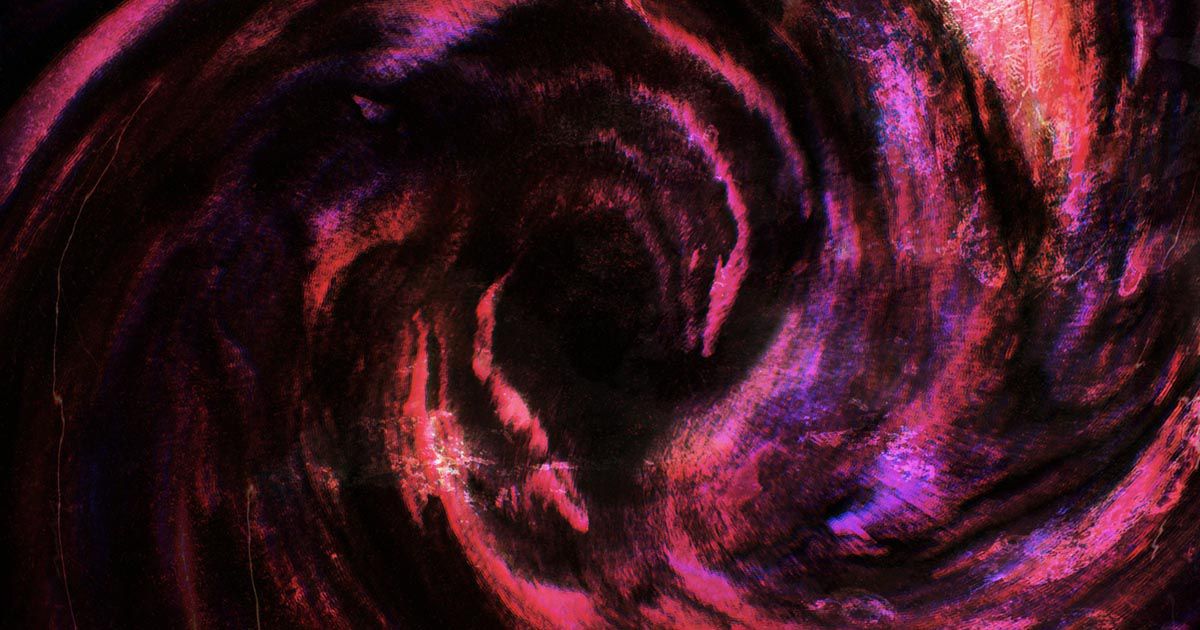 That imagined chant against destruction became a spark of inspiration to the unorthodox black metal travellers of Sea Mosquito.

The spark became a blaze and the blaze became an unpredictable, hypnotic journey through a dark night of the soul; a vivid, visceral experience, abundant with questions and suggestions of transformation.

Fire, Magic & Venom is one long, enthralling piece of music that captures that sense of elongated time and yet still manages to finish too soon and leave you searching for a way back into the dream.

A glorious saxophone solo summons in the dawn, rising as the most perfect, natural addition to the snakes’ hiss guitars and wandering bass line – its absolute rightness within the breathtakingly powerful black metal that surrounds and precedes it a perfect example of Sea Mosquito’s mastery of sonic sorcery.

This band manage to epitomise the creative, rebellious strength of black metal while standing apart from its edicts and the hordes of its practitioners. Few albums can consume a listener like Fire, Magic & Venom and there are no bands that shine with quite the same lustre as Sea Mosquito.

Sea Mosquito have found their perfect home on the roster of Onism Productions – a label which is becoming a byword for unique, creative talent within the black metal scene.

The label will initially release Fire, Magic & Venom on digital and limited cassette format on July 2nd, with a deluxe vinyl edition to follow later in 2021. Mastered by Simón Alvar (Hacavitz, Selbst, Resin Tomb, etc) this album delivers an all-encompassing listening experience no matter how you choose to approach its imposing portal. Sea Mosquito are bringing you something unforgettable, something to be cherished. Grasp it in both hands and do not let go.