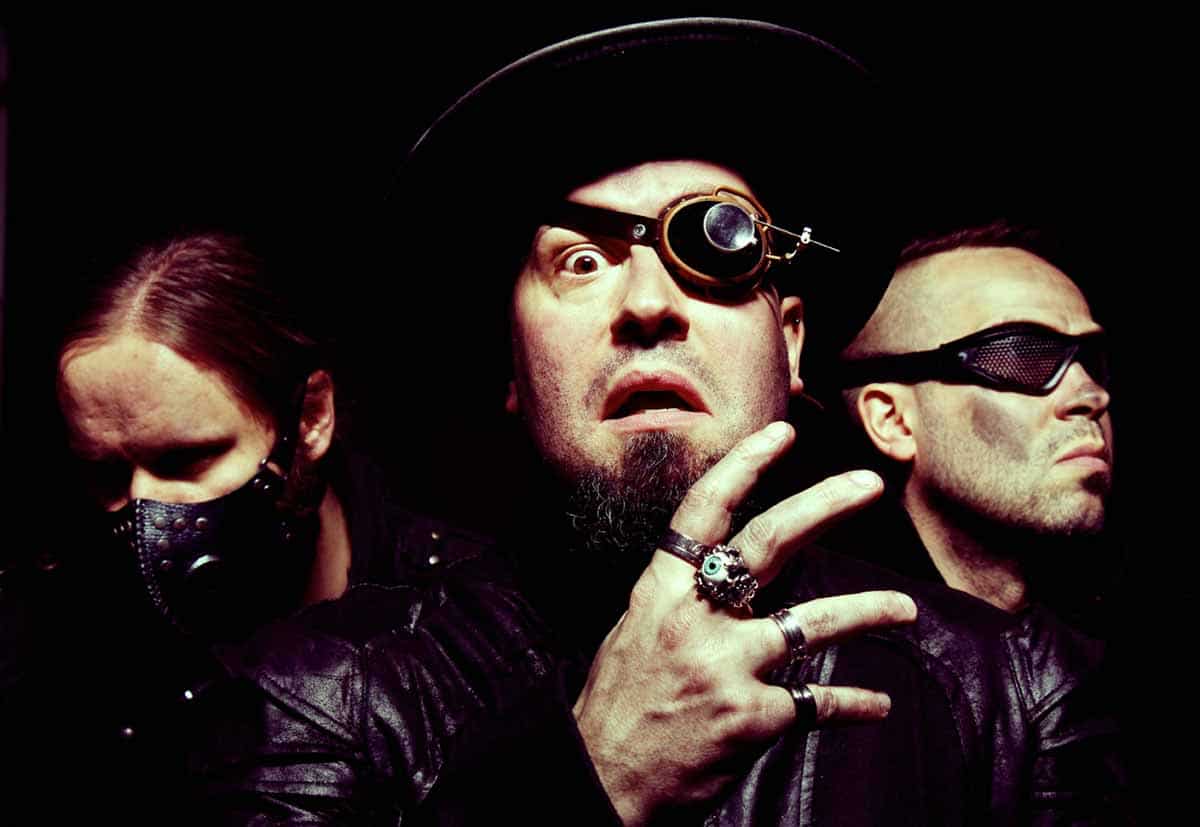 Six years ago, Spectral Darkwave presented their debut album to the world, Last First Contact (a dramatic collection of vitriol and violence, an explosive exhibit of human torment).

It was hailed by the likes of Zero Tolerance Magazine as a “refreshing and captivating” blend of “alien technology” and “ancient magic”. Having delivered this tome of terror they headed out again into the maelstrom of time and space, to the very edges of reality…to the outer dark!

The new album At Outer Dark reflects six years of experience, six years of outlandish adventure and wickedness in the name of dark gods. A collection of extravagant pieces of epic majesty, a battlefield where death metal, black metal, doom metal and industrial metal fight for supremacy.

A magnificent opera of galactic proportions, At Outer Dark goes where other albums fear to tread. The screams of tortured prisoners, the cries of mighty war elephants and the explosion of stars, all echo through pulsing, riff-laden destroyers. Bombastic and glorious, vicious and merciless, this is a dark adventure beyond the boundaries of imagination. There is nothing to compare to the sights and sounds of At Outer Dark, no-one who dares to walk the path of Spectral Darkwave!

Fresh from a triumphant performance on the fields of Bloodstock Open Air, a victory that left enemies decimated, and new admirers enslaved, Spectral Darkwave are now ready to open fire with the most powerful weapons in their arsenal. On October 8th the fury of At Outer Dark will be unleashed upon this world – and nothing will ever be the same again! Obscene, arcane, mystical and mighty…this is the future, the past, the never was nor will be. A nightmare from the other side.

Line-up:
The Arch-Kakoph – Vocals/Guitar
The Gunner – Bass
The Engineer – Drums